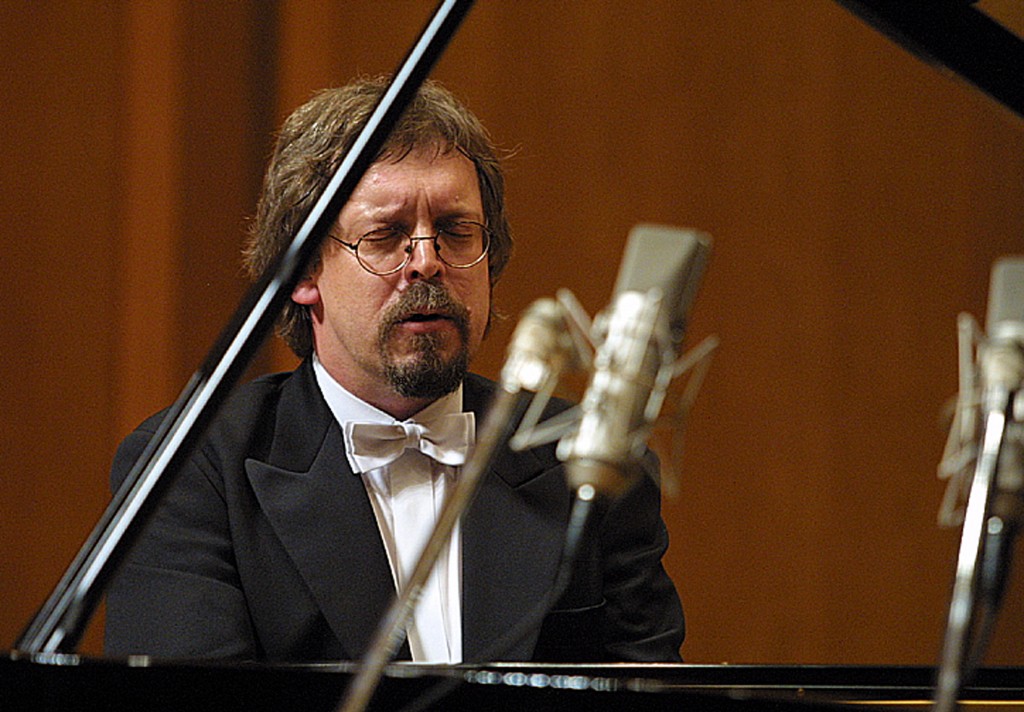 Pawel Skrzypek received his Master of Arts from the Frederic Chopin Academy of Music in Warsaw, Poland in 1977. He completed four years of master studies of Postgraduate Professional Performance Master Course at the Royal Northern College of Music in Manchester England from 1979 to 1983, under the distinguished tutor Professor Ryszard Bakst, disciple of both Polish and Russian masters’ esthetic school (Zbigniew Drzewiecki, Konstantin Igumnov, Harry Neuhaus). Professor Skrzypek is a winner of several piano competitions, as well as laureate of many other awards. In 1982 he was honored with the Worshipful Company of Musicians of London medal, awarded for outstanding achievements in piano performance. He has also won several prizes and awards in his native Poland.

Pawel Skrzypek has also performed in Northern Africa (Algeria, Tunisia), Southeast Asia (Indonesia, Malaysia, Thailand, Japan, South Korea, Hong Kong) and Canada. Since 1990, he has journeyed regularly to the U.S. both to teach and perform. In addition, he has recorded for the BBC, the Russian State Radio and Television, and many others including the National Public Radio in the United States, which broadcasted his 1993 Austin, Texas recital nationwide. He has made a number of archival recordings for the Polish Radio and Television. Beside of the greatest piano repertoire these recordings include numerous important masterworks of Polish composers, such as Dobrzynski (Piano Concerto), Melcer (Morceau Fantastoque) and Paderewski (Variations and Fugue in E flat minor). Skrzypek’s performances have been praised by numerous reviewers and aficionados. The opinion written by the well-known Californian critic William Glaskin can be quoted as typical: The modern world of music seems heavily populated with piano virtuosos. But in his technical brilliance, and even more in the intensity of his physical and emotional approach to the music, and in the power he has to express it, Skrzypek seems truly extraordinary.

He received his Doctorate in 1992, his Assistant Professor Degree in 1996 and University Professor degree in 2004. Since 2004 he serves as Professor of Piano at the Warmia-Mazury University in Olsztyn, Poland where he chairs the Piano Studies Department, between 2006 and 2016 he worked as the Professor of Piano at the Frederic Chopin University of Music in Warsaw (Instrumental Pedagogy department in Bialystok), Poland. Since 1992 Pawel Skrzypek leeds Piano Solo Department at the Frederic Chopin State School of Music in Warsaw. He has served as Director of this School for 15 years.

Pawel Skrzypek continues to conduct piano courses in interpretation internationally. His many master classes include Vancouver Academy of Music (Vancouver, British Columbia), Conservatoir di Musica (Kuala Lumpur, Malaysia), Thai Chopin Society (Bangkok, Thailand), Yayasan Pendidikan Sekolah Music (Jakarta, Indonesia) and several organisations in the United States. From 1990 through 2000 most of his master classes outside of Poland took place in the U.S., on the West Coast, with appearances at the University of California, Davis, California State University, Sacramento, the San Francisco Conservatory of Music, Chopin Foundation of the U.S. (San Francisco), University of California (Los Angeles), Western and Central Universities of Washington. Expanding his involvement on the West Coast, in 1999 he founded the Gold Country Piano Institute – one of the leading U.S. international piano courses in the historic town of Nevada City, California. During ten years (1999-2009) he served as Artistic Director of the GCPI Faculty joined by such piano professors as John Perry of Los Angeles, Lee Kum-Sing of Vancouver, Thomas Hecht of Singapore and Mark Ray as well as Graham Scott of Manchester. From 2006 through 2013 he served as President of the Polish Piano Teachers Association (EPTA-Poland). Since year 2000 he directs one of Poland’s leading piano courses, the Warsaw Piano Workshop, which is held every August at the Frederic Chopin State School of Music. His students regularly win top prizes at piano competitions.

Pawel Skrzypek was awarded several prizes for his outstanding pedagogical and artistic achievements, including two Awards of the Polish Ministry of Culture and National Heritage (1998 and 2008), three Awards of the Artistic Education Centre, the Cross of Merit as well as the Medal for Merit to Culture – Gloria Artis (2017).