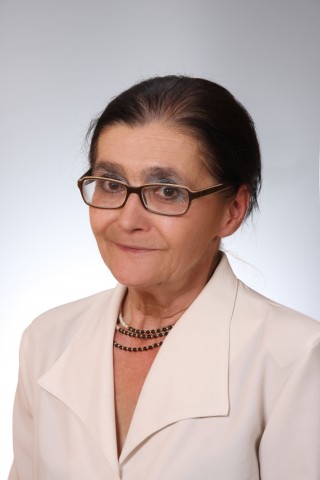 Started her piano education in the age of four, simultaneously learned to play the violin. In 1976 she completed with distinction her piano studies under the guidance of Prof. Jan Ekier at the Higher State School of Music in Warsaw (at present – the Frederic Chopin University of Music in Warsaw), subsequently till 1978 continued her piano education within post-graduate studies under Prof. Victor Merzhanov.

She made her debut with philharmonic orchestra in the age of 12. Beeing 14 years old obtained her first scholarship from the Frederic Chopin Society, then she was granted further scholarships between 1969 and 1974.

Joanna Kurpiowska ran intensive concert activity for several years. She has performed both as a soloist with most of domestic philharmonic orchestras as well as piano recitals in Poland, East Germany, Czechoslovakia, Hungary, Austria, Switzerland, Spain, North Korea and Italy. She made number of archival recordings for Polish Radio and Television, Polskie Nagrania has released her record with compositions of Robert Schumann.

She began her pedagogical activity in 1987, since 1990 leads her piano solo class at the Frederic Chopin State School of Music in Warsaw. She has educated several dozens of pianists, laureates of Polish and international piano competitions in Poland (Warsaw, Plock, Krakow, Wroclaw, Konin, Szafarnia, Antonin) and abroad (France, Slovenia, Croatia, Italy, Great Britain). Her students performed in number of concerts and festivals in Poland, Germany, Austria, Belgium, Spain, USA and Japan. Her most outstanding graduates are young pianists: Agnieszka Przemyk, Marta Jarczewska, Tomasz Lupa and Krzysztof Moskalewicz, which are carrying out their intensive concert and pedagogical activities at present.

Joanna Kurpiowska is a consultant of the Artistic Education Centre and Jury member of piano competitions (the Young Pianists’ Competition in Zyrardow, the Warsaw Piano Competition, Auditions of the Artistic Educational Centre). She leeds open piano lessons, seminars, masterclasses and lectures for teachers of piano, she also cooperates as a consultant with many music schools of the Mazovian region in Poland. She is a lecturer of the Summer Musical Courses in Szczecinek, the Warsaw Piano Workshops and the Bednarska Foundation.

She has been awarded many times for her pedagogical activity, among others by an Award of the Artistic Education Centre.