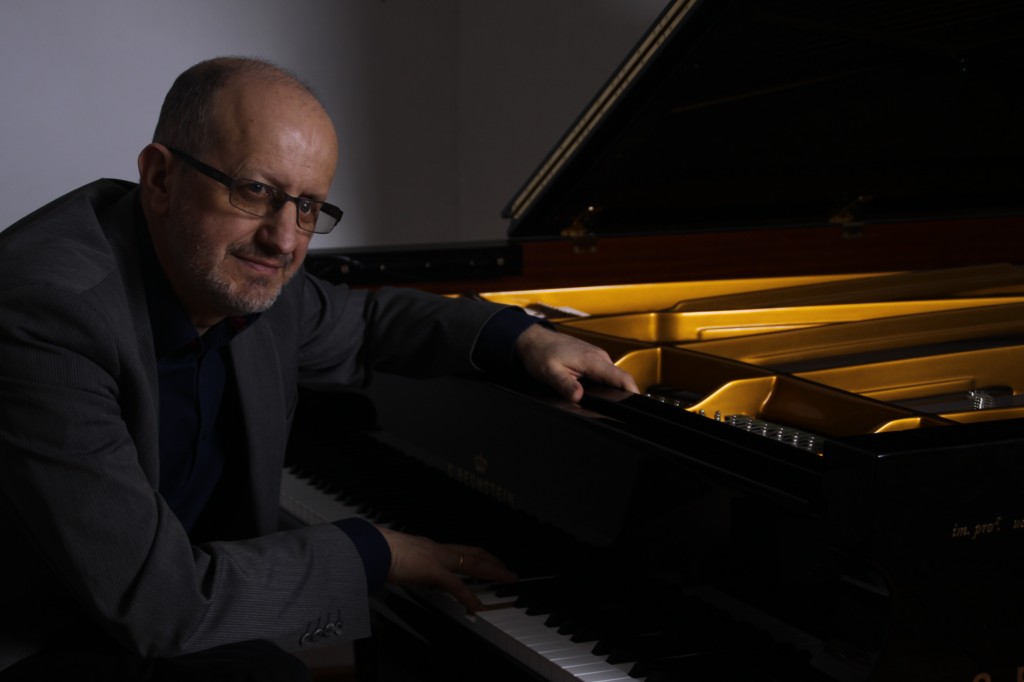 aStudied piano at the Academy of Music in Bydgoszcz (Poland) under Prof. Jerzy Godziszewski and Prof. Alicja Mikusek. After studies he started his pedagogical activity at the Szymanowski State School of Music in Plock, which he continues by now. Since 1984 he is a Head of Piano Department, he is also a deputy headmaster of the School. Between 2004 and 2009 he was leading his piano class at the Chopin State School of Music in Warsaw.

He has almost 100 laureates and prize-winners of piano competitions within his pedagogical achievments, over 20 of his graduates have continued their further piano education at higher musical studies.

Since 1994 he is a consultant of the Artistic Education Centre in the field of piano performance. He is invited for piano workshops, seminars and open classes by many music school in Poland. He is also an expert for the promotion of professional teachers.

He regularly takes part in juries of many auditions and piano competitions in Poland, among others in Warsaw, Poznan, Lodz, Sochaczew, Plock, Radzyn Podlaski, Zyrardow, Starogard Gdanski, Wloclawek. In 2000 he took part in the Jury of the I International Halina Czerny-Stefanska Piano Competition in Aomori (Japan).

In 2009, 2011 and 2013 the Artistic Education Centre appointed him to the Jury of the final stage of the Nationwide Auditions for Piano Students of the 1st Degree Music Schools in Warsaw.

He is an artistic director of the Halina Czerny-Stefanskia and Ludwik Stefanski Piano Competition in Plock as well as the Nationwide Piano Forum in Plock.

His activity has been appreciated and among others he has been decorated by the Bronze Cross of Merit, the Medal of the National Education Commission and three times by Award of the Artistic Education Centre.