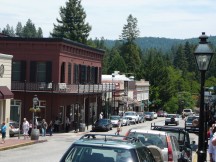 The Gold Country Piano Institute (GCPI) was held from 1999 through 2009 as a modern international piano course in a small, historic town of Nevada City in the Eastern California’s area known as the Gold Coutry. Idea of establishing a piano course came from Pawel Skrzypek, who performed and taught in Nevada City during his several concert tours in California starting 1990, when he appeared on the West Coast for the first time performing Chopin Second Piano Concerto in Sacramento. The choice of Nevada City, the small town in Sierra Nevada mountains located about 90 kilometers east of Sacramento, close the California-Nevada border, was not only dictated by its historical and tourist advantages (center of the „gold rush” in the 19th century) but also with exceptionally artistic community and extraordinary, sublimated concert audience. Co-founder of the course and chairman of the management board of the Institute (GCPI Board of Directors President) was Allan Haley, well-known and commonly respected Californian lawyer, a music connoisseur and an excellent amateur pianist. The course was brought to life thanks to enthusiasm and disinterested work of many members of the Nevada City community, amongst which above all it is necessary to mention a local pianist and piano teacher Andrea Fox, who worked as Organizing Manager, as well as Pawel Skrzypek’s GCPI Secretary for 10 years, from the beginning to the end of the course in 2009. 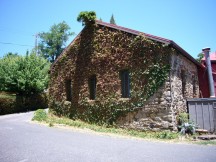 The Institute was established in November 1999 and the same month a „Zero Course” the GCPI took place in the Allan Haley’s Concert Hall in Nevada City, with Pawel Skrzypek as a lecturer and eight American pianists as its participants. The first institutionally organized, regular course took place five months later – in May 2000. Since May 2001 an outstanding Canadian teacher of the Chinese origin – Lee Kum-Sing from Vancouver (professor of British Columbia University and Vancouver Academy of Music) became a second lecturer of the Institute. Since 2003 the course of Gold Country Piano Institute took its final shape, organizationally modeled on the Warsaw Piano Workshops sheme. Pawel Skrzypek, who by his own decision left the GCPI Board of Directors and continued his activity as the GCPI Artistic Director employed by the Institute, and Lee Kum-Sing were accompanied by Emilio del Rosario, renowned professor of piano from North-Western University in Chicago. Zofia Antes became an Assistant of the Course to deal with concrete didactic tasks. She performed this function till the end of Institute’s activity. Since that moment consecutive courses always had three lecturers and an assistant. Such pattern allowed to use the system of lessons and repertoire assignment adopted and developed by the Warsaw Piano Workshop. Repertoire of participants was divided among all three lecturers and every day each participant had a lesson with different lecturer on different peace of his repertoire.

The GCPI course took place every year in the second half of June, when most of the schools already completed their examinations. Classes took place in historical Miners’ Foundry (in the building of former factory producing equipment for gold mines) in the town’s center. Participants were accommodated in private homes in Nevada City and the surrounding area, where they had grand pianos at their disposal to practice and where they got breakfasts. Lunches were delivered every day to the Miners’ Foundry – dinners were every evening wonderful occasions for meetings and discussions in one of the nearby, excellent restaurants. At the end of the course a final, public concert of participants in the local concert hall was held. All these “Closing Ceremony Gala Concerts” were audio and video recorded. Local recording firm issued a series of CDs, VHS tapes and DVDs with these events. Also additional concerts of participants were organised. Some of them took place around Navada City, but others also in such centers as Auburn, Sacramento, Santa Cruz and San Francisco. There was an efficient short-distance transportation by private cars arranged, as well as a transportation of participants from and to the airport in San Francisco. Apart Lee Kum-Sing and Emilio del Rosario, GCPI followed an initiative of Pawel Skrzypek to invite another excellent personalities of world’s piano pedagogy. In result the course had such extraordinary full-time faculty members as: John Perry from Los Angeles, Thomas Hecht from Singapore, Graham Scott from Manchester and Mark Ray, also from Manchester (RNCM), who tragically died during his stay on the GCPI course on 21st June 2006 in South Yuba River white waters, at Highway 49 Crossing early in the morning, just before starting his classes. The previous day he taught 13 students in the Institute’s public master class. The last 13th lesson of the class, as well as the last teaching of his life, was the 40 minutes long, incredible lesson given to the present pedagogue of the Academy of Music in Gdansk, Poland, the GCPI participant on that – Maciej Gański.

Set of photographs taken during Mark Ray’s June 20th 2006 master class, as well as pictures of his stay in Nevada City and the rescue operation held after his accident can be seen at the PHOTOS / ARCHIVE PHOTOS pages of this web site (last seven pictures of the photo set “GCPI 2006 – Mark Ray, part 1” were taken during Mark’s last lesson).
www.independent.co.uk/news/obituaries/mark-ray-407098.html

(through the WWP) with the Beskidy Piano Workshops in Rycerka Górna. This way such type of network of three piano courses connected with each other by a kind of sholarchip cooperation was created. The Institute also endowed the Special Prizes in the form of participation in the GCPI course in Nevada City to the selected laureates of the Halina Czerny-Stefanska and Ludwik Stefanski Piano Competition in Plock (Poland). These awards were granted in period between 6th and 10th edition of the Competition – between 2000 and 2008.

Over 20 Polish pianists took part in the Gold Country Piano Institute course, thanks to various scholarship forms and awards endowed by the GCPI and the Warsaw Piano Workshop (names in alphabetical order):

In total, including a „Zero Course” in 1999, ten courses of Golden Country Piano Institute were organised. As an initiative with significant and growing budget the GCPI didn’t apply to obtain the state grant. Therefore the course, subsidized only by private funds, was extremely vulnerable for changes in economic situation. Additional factor which hampered organization of the course more and more was a fact, that all members of the GCPI Board of Directors as well as all the many persons working in the vicinity of the course did it completely socially. Such a procedure, after the expiration of initial enthusiasm, always slows down the activity and hampers management. Thus, due to deteriorating economic situation in 2008, sholarship exchange of the course was considerably limited. It was the same reason, in relation to its expensive procedure, why application for a grant hasn’t been made. After the financial crisis of 2008-2009 the management board of the Institute decided to withhold the course in 2010.

The last course of the Golden Country Piano Institute was organised in June 2009.